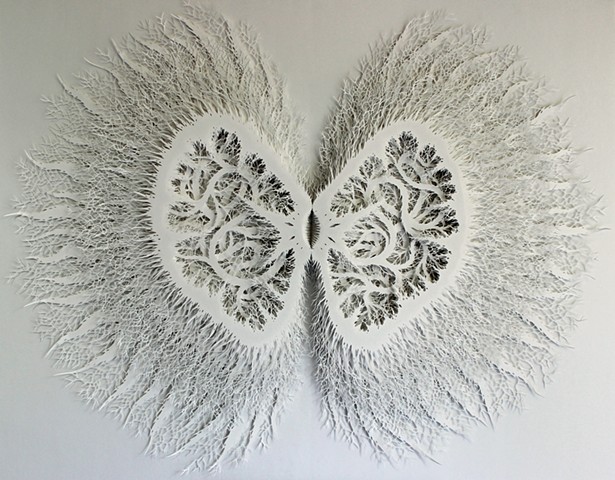 Kernel took five months of intensive work to cut, build and complete. It is a meditation on the architecture of natural organic forms in which I strive to reproduce the growth mechanisms of nature: multiple layering, fractal repetition and immense accretion of detail. It is fruit, cell, coral, flower... I like to think of these big hand cut pieces as "Time fossils", that is the fossilized trace of all the time and labour that went in to them. Few other art forms foreground the time that was spent on their creation as well as paper sculpture, it is a significant aspect not merely of their value but their meaning; like medieval monks painstakingly embellishing holy texts in an act of adoration and prayer, I too pay hommage to the interplay of nature and the imagination in the long hours of creation.